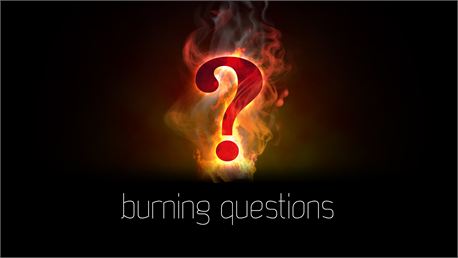 Is There a “Grace Card” Left For The 9 Pakistani School Shooters?

9 Or do you not know that the unrighteous will not inherit the kingdom of God? Do not be deceived: neither the sexually immoral, nor idolaters, nor adulterers, nor men who practice homosexuality, 10 nor thieves, nor the greedy, nor drunkards, nor revilers, nor swindlers will inherit the kingdom of God. 11 And such were some of you. But you were washed, you were sanctified, you were justified in the name of the Lord Jesus Christ and by the Spirit of our God.

“At a city hospital, staffers laid out a row of children’s bodies as armed guards stood over a pile of small wooden coffins.”

That shooting in Pakistan yesterday?

It makes my guts ache deep inside.

I have three kids, and this tragedy forces me to see my babies’ faces on the bodies that lie as scattered corpses. My heart hurts more deeply than I even have heart to hurt. I believe it is the Spirit of Christ within me stirring me to understand HIS hurt for the blackness in this world.

The fact that a human could spray an arena with thousands of bullets, is indeed mind boggling. But spilling the blood of innocent kids? Oh, that crosses the imaginary line we humans have made that takes a crime from awful to inexcusable.

If up to us, many would dispense a permanent indictment to these 9 who came and issued a warrant of terror in that school.

“Only a crazy, sick person would do such a thing.”

“What evil people to go after children!”

“Those people should taste their own medicine.”

Comments like these pass judgment on these thieves of life-people want justice for what they did. And if it depended on us, grace would likely be the last thing on our minds…

Yes, it was heartless. It was vile, wicked, reprehensible and horrendous on so many levels.

I think of the person who would slip a cold, minister of darkness between his palms. What manner of a human could touch the trigger releasing messengers of death to pierce the delicate skin of youth and vitality? Who could deliver personalized, fatal shots to the head of another, repeatedly?

What kind of person could be so pompous and vain to ordain an end to lives that he didn’t create? Who could violate the greatest law known to man, established by God Himself?

I could. So could you.

As soon as we distance ourselves from “criminals” we lose our grip on grace. In an instant, when forgiveness becomes so far removed from our minds, we forget that is the very thing that set us apart to begin with.

Were we there at the school committing that terrible act yesterday? Of course not. But we are human and sinful by nature.

We are capable of the worst possible violations of God’s commands. We have to believe that, or compassion dies right alongside these children and teachers.

Is the road to forgiveness or compassion easy? NO. Not a chance. We have to labor into such rest. And labor HURTS.

I just don’t want to see us become so far removed from the human condition that WE ALL suffer from, and somehow think we are above these 9 men.

We aren’t above any of it.

Just as unthinkable as the shooting of yesterday was for us, it is equally as unthinkable that wicked people could be washed and sanctified by the Spirit of God.

God is just and apart from Christ the wrath of God abides on us. ALL of us.

BUT. If we are in Christ, we are clothed in His grace. NOTHING we have to offer could attain it. EVER. And if in Christ, God wants us to be instruments and ministers of that grace. Even when it’s hard.

It would be so easy to be a Jonah, here. There are so many reasons that we could exalt in our minds to convince us to withhold compassion. 145 of them, to be exact.

The parents, family and friends of those lost yesterday need the warm blanket of God’s grace to make sense of this terrible mess. They need it to get them through the pain of loss.

And these 9 men? They need it just as much.

Today, think the unthinkable. Put yourself in the room with those 9 men. Imagine that maybe, you were one of them. Because as bad as you think they are, we all stand guilty before a righteous judge with the blood of rebellion against our God dripping from our hands.

Now, praise God for His grace!

God’s grace is sufficient. Even for the worst we can conceive of.

So, pull the “grace card” today. And NEVER forget that there was one left for you.

5 thoughts on “Is There a “Grace Card” Left For The 9 Pakistani School Shooters?”